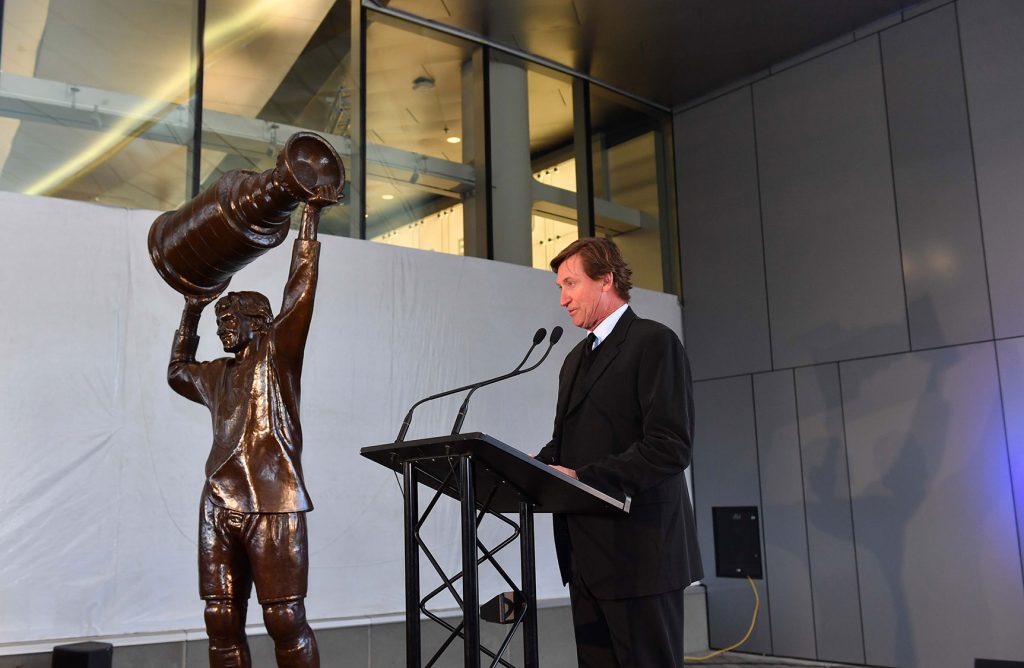 Serving as a pilgrimage to hockey fans from around the world, the 950-pound, 9-foot 2-inch bronze likeness of Wayne Gretzky holding the Stanley Cup over his head honors the man considered the greatest hockey player of all time, who holds 61 individual National Hockey League records and led the Edmonton Oilers to 4 Stanley Cups in 1984, 1985, 1987 and 1988.

Originally unveiled on August 27, 1989 at the old Northlands Coliseum, this iconic statue was moved to Rogers Place in 2016 at the start of Edmonton Oilers inaugural season in Rogers Place.

The statue, commissioned by the City of Edmonton and Molson Breweries, was designed by sculptor John Weaver who worked for the Smithsonian Institute in Washington and the Alberta Provincial Museum, and assisted by Cochrane, AB bronzesmith Don Begg.