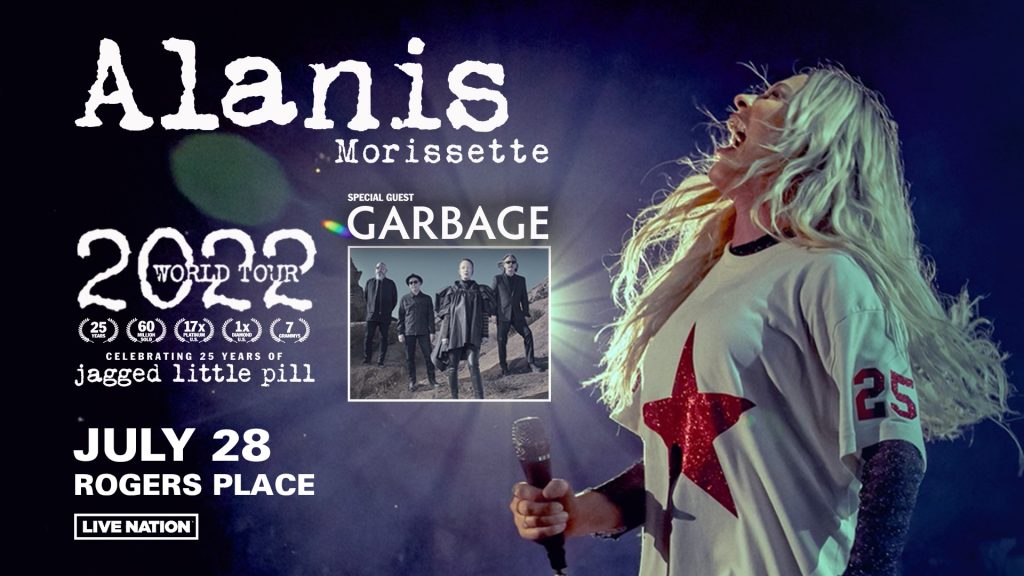 “Morissette far exceeded expectations when it came to her live vocals.”- Billboard

“She has one of the greatest voices in rock” – Variety

Produced by Live Nation, the new tour dates will kick off in Ottawa on July 10th and hit cities including Toronto and Vancouver before wrapping in Mountain View, CA on August 6th. On the North American portion of the tour, Alanis will be joined by special guest Garbage. On the European tour dates, Beth Orton will appear as a special guest.