Arkells have partnered with PLUS1 so that $1 per ticket sold will go to supporting organizations working towards health access for traditionally marginalized and vulnerable communities. www.plus1.org 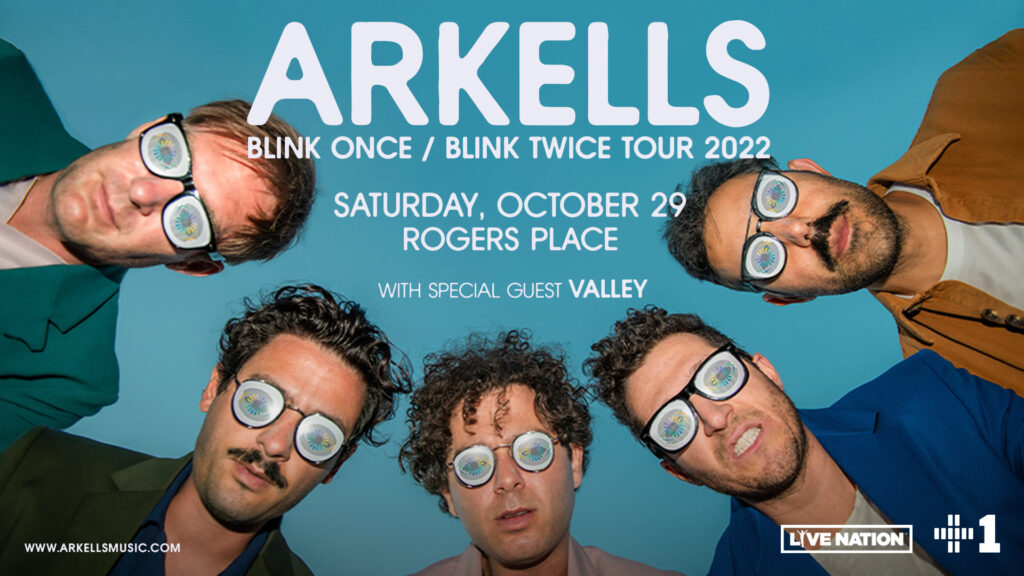 Live Nation is thrilled to announce ARKELLS – the most exciting live band in the country – are back with their hotly anticipated return to live touring.

After playing for 30,000 fans over three once-in-a-return-from-pandemic history making nights at Toronto’s Iconic Budweiser Stage, Arkells are hitting the road in support of their freshly minted new album, Blink Once.

“We snuck in a few shows this summer and it was an amazing feeling,” said frontman, Max Kerman. “Our live show is a craft we’ve developed over the years from touring. The way each show builds on the last is how we evolve and grow. We’ve missed it so much as it’s a huge part of our identity as a band. The chance to bring concerts back to Canada with music lovers across the country is something we won’t take for granted.”

In addition to this run of shows, Arkells also announced fresh Blink Once dates in the USA, UK and Germany. As committed supporters of vaccine awareness, the band want their fans to feel safe at their shows.

“We want to move forward together,” continues Kerman. “Based on the consistent findings from our healthcare community, we proudly support the vaccine and accompanying regulations to keep our most vulnerable safe. As a courtesy to all guests, full vaccination is required to enter the show.”

Tickets for the BLINK ONCE Tour will go on-sale Thursday October 7 th @ 10 AM, with fan pre-sales commencing tmrw, Tuesday October 5th at 10 AM.

Blink Once, which features #1 hits Years In The Making, You Can Get It” and latest single Arm In Arm is out now.