FIRST EPISODE OF NEW DOCU SERIES MAKING OF THE DNA TOUR OUT NOW! WATCH IT HERE! 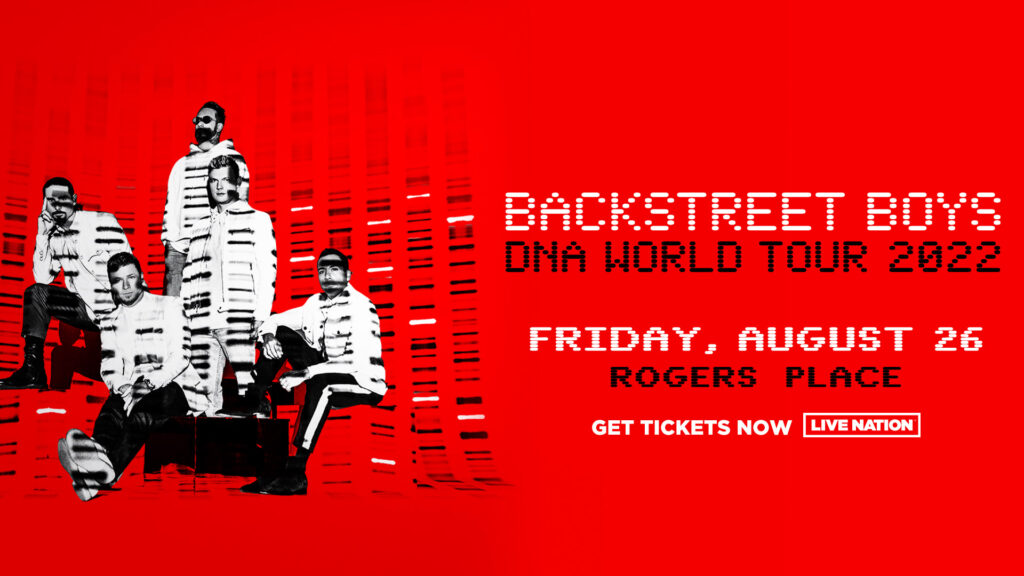 April 5, 2022– The Backstreet Boys, one of the best-selling bands of all time, announced additional tour stops on their DNA World Tour in major US cities including Nashville, Portland and Memphis, as well as the addition of a European leg of the tour kicking off in Portugal on October 3rd! Produced by Live Nation, the tour will kick off on the Las Vegas Strip this weekend with four shows at The Colosseum at Caesars Palace on April 8th, 9th, 15th and 16th.

The band also released the first episode of their new docu series Making Of The DNA Tour, giving fans an inside look of the preparation for their highly-anticipated world tour – watch it here! Additional episodes will be available on The Backstreet Boys YouTube channel.

And tomorrow, fans can tune into The Kelly Clarkson Show on NBC to see the Backstreet Boys chat with Kelly about the upcoming tour.