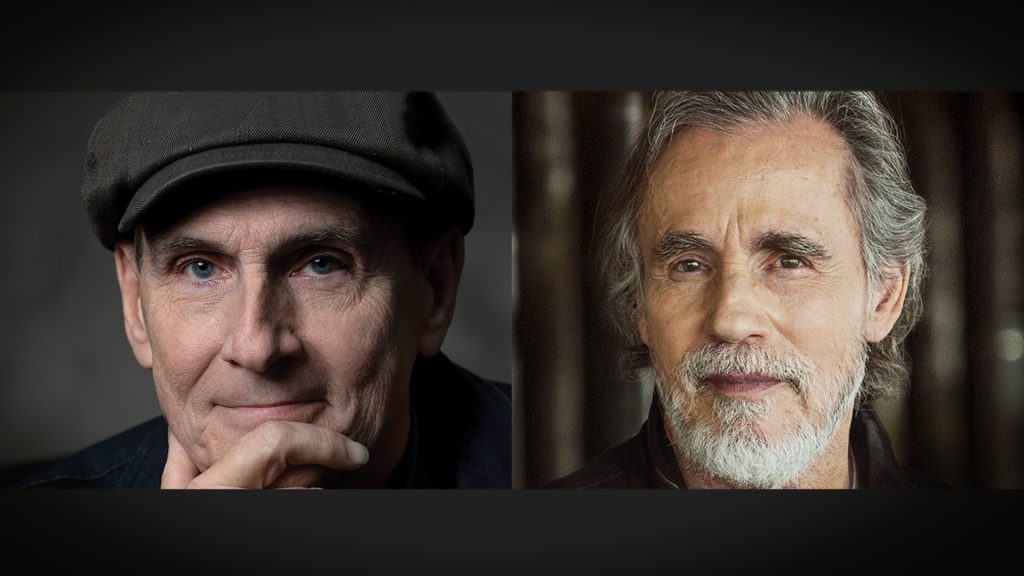 For the first time ever, James Taylor & His All-Star Band, with special guest Jackson Browne, will perform together across Canada. Jackson will replace the previously announced Bonnie Raitt who unfortunately is no longer available to join these rescheduled concert dates due to her prior touring commitments.

“Last year was a time of great disruption and general upheaval for all of us. My plans for a coast-to-coast concert tour of Canada with my dear friend, Bonnie Raitt, were seriously sidetracked. Our rescheduled dates for this September were likewise denied. But we’ve been determined to follow through; to make the tour happen and, come hell or high water, we’re setting our sights on this coming Spring of ‘22. The one wrinkle is that Bonnie will be unable to join us for the newly rescheduled dates. Happily, Jackson Browne and I have been touring together this Summer and Fall and he has agreed to come to Canada with me. We’ve been delighted with the response from our audiences on this current tour of the States and I’m hoping that those of you who have been holding onto tickets for the Canadian concerts will be pleased with the surprise change in the bill. Of course some of you may have had your hearts set on seeing Bonnie and would like to receive a refund due to the change. This we will cheerfully and expeditiously accommodate. But I dare say that the rest of you will not be disappointed. See you all this Spring.” James Taylor

The highly acclaimed tour will kick off in Canada on April 21, 2022 at the Mile One Centre in St. John’s, Newfoundland. Pollstar recently commented of the legendary Rock and Roll Hall of Famers during their current US tour that “these songs not only endure but expanded to include the life-worn truths of coming of age in the 21st century by two American treasures.”

Previously purchased tickets will be honored for all of the rescheduled dates and fans are encouraged to hold onto their tickets. Should you be unable to attend the rescheduled date, please reach out to your point of purchase for information on refunds.