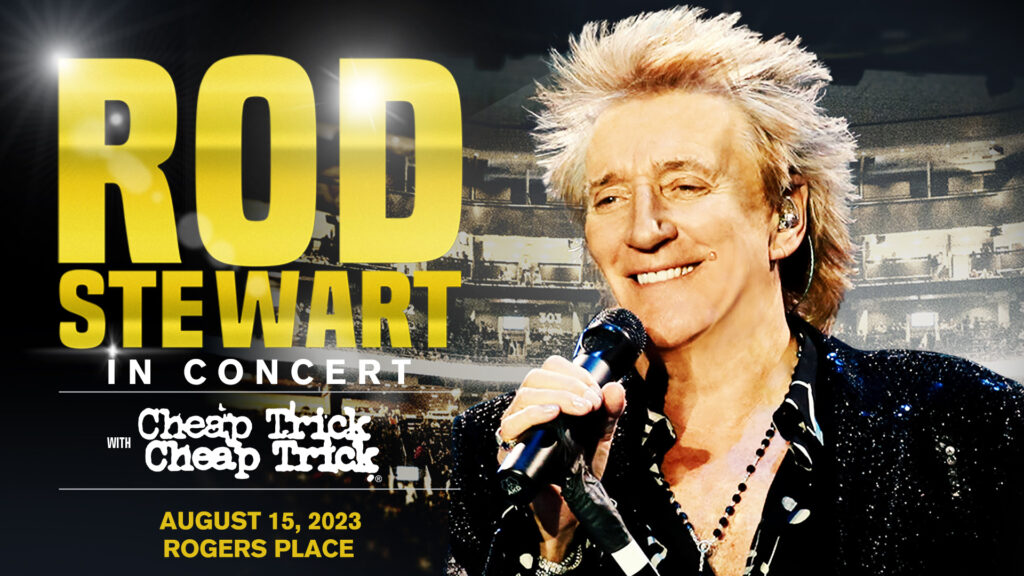 LOS ANGELES, February 16, 2022 – Sir Rod Stewart, the legendary two-time Rock & Roll Hall of Fame inducted singer-songwriter today announced 19 newly added dates for his highly anticipated 2022 North American summer tour with special guests Cheap Trick. Produced by Live Nation and kicking off June 10 in Vancouver, BC, the 38-date tour will be Stewart’s first in four years and promises an unprecedented night of iconic hit songs from one of the best-selling music artists of all time.

Rod expressed his excitement about his upcoming tour in a video message shared with fans HERE.

Additionally, Rod will return to his stellar Las Vegas residency “Rod Stewart: The Hits” with runs that bookend his tour, May 13 – 21 and September 23 – October 1, at The Colosseum at Caesars Palace. Since its premiere in 2011, Stewart’s residency has remained one of the best-reviewed and must-see shows on the Las Vegas Strip. Tickets are on sale now at Ticketmaster.com.

Sir Rod Stewart has sold more than 250 million records worldwide during a stellar career that includes ten #1 albums and 26 Top 10 singles in the U.K.; plus 17 Top 10 albums and 16 Top 10 singles in the U.S. As a singer-songwriter his extensive catalog of hits includes “Gasoline Alley,” “Every Picture Tells a Story,” “Tonight’s the Night,” “You’re In My Heart (The Final Acclaim),” “Mandolin Wind,” “You Wear It Well,” “The Killing of Georgie,” “Da Ya Think I’m Sexy?,” “Young Turks,” “Forever Young,” “Hot Legs,” “Infatuation,” the indelible, “Maggie May,” and many more. In addition to world tours and his Las Vegas residency, Stewart’s rekindled songwriting success has found widespread commercial success starting with the 2013 release of Time, followed by Another Country (2015), Blood Red Roses (2018) and his latest, The Tears of Hercules in 2021. This tour will be the first opportunity for fans to experience live performances of a song or two from his new album, The Tears of Hercules. He’s earned countless of the industry’s highest awards, among them; two inductions into the Rock and Roll Hall of Fame, the ASCAP Founders Award for songwriting, New York Times bestselling author, GrammyTM Living Legend, and in 2016 he officially became “Sir Rod Stewart” after being knighted at Buckingham Palace for his services to music and charity.