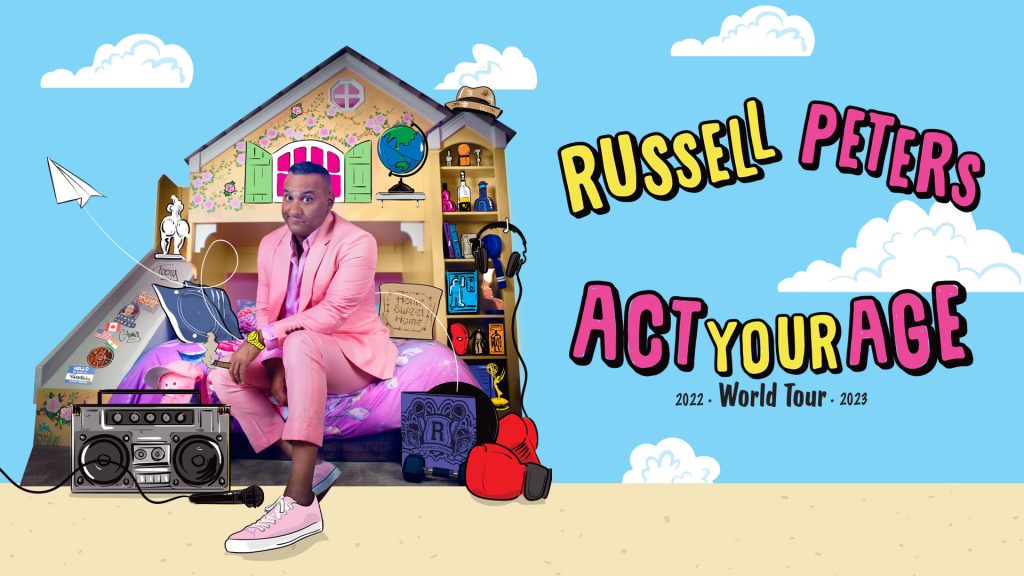 NASHVILLE, TN – After four years away, Russell Peters returns to his home and native land with his Act Your Age World Tour.

After sold-out shows in Chicago, New York, DC, Cairo, Amman, Abu Dhabi and Dubai, Russell is bringing his new act back to Canada with shows from Victoria to St. John’s, ending at Toronto’s Scotiabank Arena on July 28th.

Russell Peters has been awarded a Gemini, Peabody, Emmy and Canadian Screen Award. He was also the first comedian to have a comedy special on Netflix.

Tickets for the new dates go on sale Friday, March 11, 2022, at 10 AM local time. For more information and tickets, visit RussellPeters.com.